Facing Alcoholism in a Drinking Culture 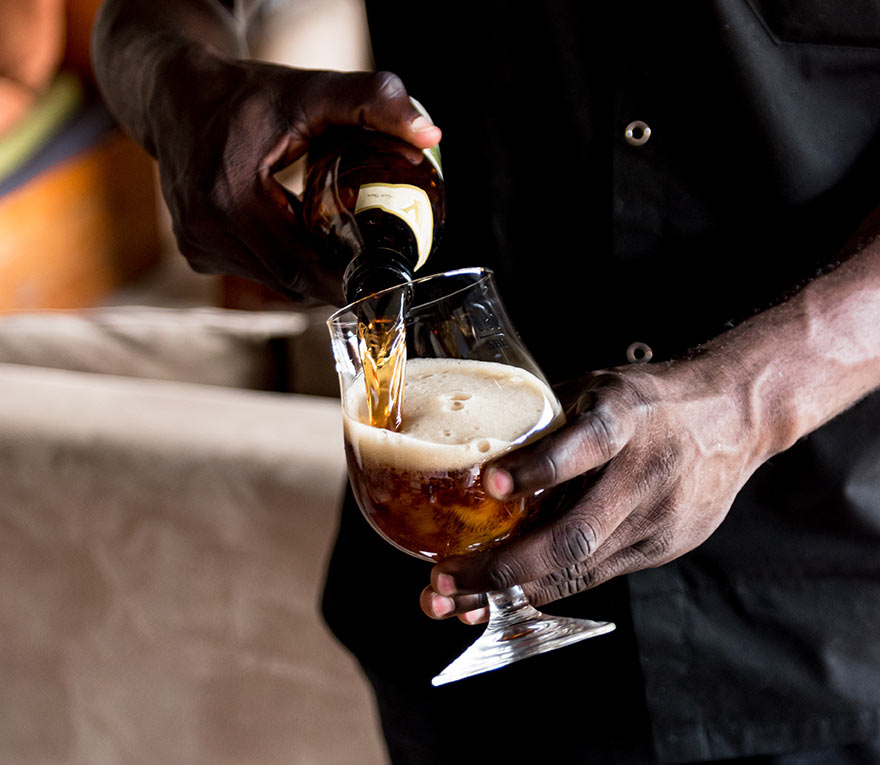 Facing Alcoholism in a Drinking Culture

From excessive drinking among the ancient Greeks and Romans to modern-day frat parties and beer festivals, drinking has long been a part of human culture. It has been a way to bring people together in celebration, such as weddings, birthdays, and graduations. People have used drinking to ease social anxiety at parties, commiserate rough days, and sometimes feel accepted. Drinking has become so much a part of the cultural norm that if a person does not drink at a gathering, they are often seen as an outsider. On top of this, the influences to drink from pop culture and advertisement make being mindful and sober in a drinking culture incredibly challenging.

Yet, as society has developed and learned over the years, we have become more aware of the dangers alcohol has on our physical and mental health. Additionally, we have learned how addictive alcohol can be. The National Institute on Alcohol Abuse and Alcoholism (NIAAA) reports that in 2019, 14.1 million adults had Alcohol Use Disorder (AUD). Approximately 95,0005 people die each year from alcohol-related causes, making alcohol the third leading preventable cause of death in the United States. Despite this, as a culture, drinking and heavy drinking are not only viewed as ok, but are encouraged, and the stigma around seeking help if you are worried about your drinking dissuades many people from receiving treatment. This is why it is essential to be mindful of how culture promotes heavy drinking and realize its long-term risks.

Drinking as a Cultural Norm

Social and cultural contexts can influence how individuals perceive, use, and misuse alcohol. We are all nested within our environments–both on a micro-level (home, neighborhoods, school, and work) and macro-level (exposure to social media, advertising, and marketing). Whether alcohol consumption is encouraged or not in these environments, these factors can play a huge role in someone’s relationship with alcohol.

In a culture where drinking has been heavily popularized and normalized through multiple mediums, such as in films, television, and social media, overindulging and binge drinking has manifested itself as a form of lifestyle. This lifestyle centered around alcohol consumption can often be attributed to our innate need for social interaction. In today’s culture, it is customary to hang out with peers where drinking is, more often than not, the main event. However, participating excessively in this lifestyle is not without its costs, and there are many healthier ways we can achieve social connection. Yet, as long as drinking remains an integral part of the culture, then individuals struggling with AUD may find themselves having to step outside of the norm to have a fulfilling long-term recovery.

Drinking in Pop Culture and Advertisement

Media exposure can influence what social norms exist about alcohol through various forms such as advertising, films, television, celebrity endorsements, and more. Popular culture has a significant impact on people’s decision-making process. According to the Social Learning Theory, new behaviors can be acquired by observing and imitating others.

An individual can learn unhealthy new behaviors if they are often shown the positive effects of drinking and its glorification in film, t.v., and music without seeing its consequences. According to a recent study on social and cultural contexts of alcohol use, targeted alcohol marketing results in individuals “developing positive beliefs about drinking, and creating and expanding environments where alcohol use is socially acceptable and encouraged.” Additionally, these factors can create an onset of drinking, binge drinking, and increased alcohol consumption.

There is a common narrative embedded in popular culture and advertisements that with the right drink, you can become “the most interesting man in the world,” gain approval and recognition and be successful and beautiful. In fictional programs where alcohol is consumed, this platform allows show writers and brands to create worlds where drinking alcohol is associated with affluent and glamorous lifestyles. However, this promotion is ultimately not realistic, and the real-world implications of this marketing can and has led to many cases of unhealthy alcohol consumption trends.

In a culture where drinking is normalized, forgoing alcohol can be challenging, and it can cause dramatic lifestyle changes. However, seeking help if you are struggling with AUD can be a mindful step towards the awareness that just because something is normalized does not mean it is healthy. Becoming more aware of how living in a drinking culture may have affected us can allow us to be more cautious, thoughtful, and kind to ourselves.

Although stepping outside the norm and being sober in a drinking culture can be challenging, choosing a lifestyle that is not centered on drinking can positively affect your physical and mental well-being. It can be beneficial to find alternative ways to interact and engage with friends other than always going to bars or getting together to drink. There are numerous ways to enjoy each other’s company apart from excessive drinking. Being actively mindful of the ways in which cultural norms may be negatively affecting your life is crucial to recovery. At Alta Centers, we provide the highest level of commitment and care to those who have the courage to get sober and remain sober. Recovery does not have to mean the end of your life; it can be life-enhancing and provide a new, healthy start to achieving your goals. If you or a loved one struggles with substance use, call us at (888) 202-2583.

Step Two: What A Higher Power Means to You

What to Do When Drinking Is “Part of the Job”

The Effects of Substances and a Sobriety Glow Up