What are the signs and symptoms of cocaine addiction?

What Are The Signs and Symptoms Of Cocaine Addiction?

Learn the signs and symptoms of cocaine addiction – the compulsive use of cocaine despite adverse health consequences.

There are quite a number of drugs and substances abused in communities worldwide, and the abuse of these substances is more or less responsible for rising rates of drug abuse and addiction all over the world. One such substance of abuse commonly linked with addiction cases is cocaine.

Cocaine is a central nervous system (CNS) stimulant drug used medically as a local anesthetic to manage medical procedures such as surgeries. Beyond this, however, cocaine abuse is also quite common, stemming from its illegal use as a recreational drug, which usually results in cocaine addiction.
1

What is Cocaine Addiction?

Cocaine addiction refers to an individual’s compulsive, repetitive use or intake of cocaine stimulants, irrespective of any adverse cocaine effects that might accompany such uncontrolled cocaine usage. This repetitive cocaine usage (cocaine abuse) usually results in cocaine dependence, which finally causes cocaine use disorder.

Why Is Cocaine Addictive?

Statistics of cocaine usage show that cocaine ranks close to the top of the list of most abused illicit drugs, indicating that it is very addictive. The question, however, is why is cocaine so addictive? 2

As earlier mentioned, cocaine is a CNS stimulant, which means it elicits its effect primarily on the brain and affects the entire central nervous system. When cocaine is ingested, it affects the “reward” regions of the brain and amplifies the effects of “feel-good” neurotransmitters like dopamine and serotonin.

In addition, cocaine stimulants also block the reuptake mechanism of these neurotransmitters, thereby prolonging their contact and influence on the brain. This results in feelings of euphoria (a high on cocaine).2

Signs and Stages of Cocaine Addiction

While cocaine addiction (resulting from cocaine tolerance) can be detected by monitoring cocaine consumption levels, this isn’t always possible, as an individual with a cocaine problem will go to great lengths to try and hide their cocaine dependence issue.

Common Ways to Use Cocaine

One factor contributing to an increase in the “severity” of the cocaine problem is that there are different ways to take cocaine. The harmful effects of cocaine felt and experienced when cocaine is ingested differ in severity and cocaine risks depending on the way cocaine is used.

Some of the different ways to take cocaine include the following:

Short-Term Effects of Cocaine Use

Cocaine’s side effects go beyond cocaine addiction and dependence issues. These negative cocaine effects can be divided into short-term and long-term effects of cocaine use.

Cocaine dangers differ in severity and range from relatively “mild” effects like a decreased appetite to much more severe adverse effects of cocaine such as blood vessel constriction. Short-term effects of cocaine use include the following:

Long-Term Effects of Cocaine Use

Long-term cocaines drug effects on the body include:

What Are The Medical Complications of Cocaine Abuse?

Beyond the short-term and long-term negative cocaine health effects, it’s also important to know that medical complications have also been known to occur with cocaine addiction and abuse, which are divided into different types.

The types of cocaine medical complications include:

The major danger of cocaine addiction is arguably its toxicity. High cocaine levels in the body result in several different types of cocaine mental and physical side effects. Cocaine dangers also include loss of sense of smell (in cases where cocaine is ingested via inhalation/snorting), increased vulnerability amongst adolescent cocaine users, and an increased risk of contracting severe infections like hepatitis C and HIV. 4

Given enough time, cocaine use can cause severe damage to internal organs and the development of other chronic health conditions. There is also an increased risk of cocaine relapse in people who have previously suffered from cocaine addiction.

Withdrawal happens when someone who is physically addicted to cocaine ceases using the drug. It is usually accompanied by several withdrawal symptoms ranging in seriousness from mild ones like headaches to much more severe withdrawal effects.

Other cocaine addiction treatment options include:

Successfully quitting cocaine use requires that you have access to quality, result-driven treatment options. If you need help with cocaine addiction, Alta Centers is the perfect place for you.

At Alta Centers, patients have access to all the help, treatment, and care needed to kick cocaine addiction for good! Reach out today and get the kind of quality care you deserve.7

Our knowledgeable team is ready to discuss your situation and options. Your call is confidential with no obligation required. 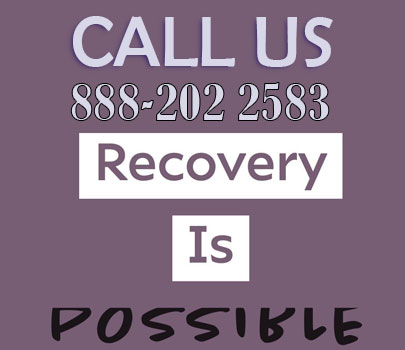